Gala Dinners, Awards Night, Concerts are all special events that usually have one thing in common. Darkness! Such events are usually set indoors, in large dark venues to set the atmosphere and sometimes the stage is barely lit making photographing such events a difficult task.

So what can be done to improve your event photography?

Lets first look at your Equipment

To get a good variety of atmosphere and event shots it’s good to have a wide angle lens and telephoto lens to capture close up action shots on stage. A basic kit that I would carry would include the following:

Where do you start?

Using your wide angle lens and tripod you are pretty much ready to roll. Longer shutter speeds will allow the ambient light to fill your photo – capture the colour and details in the room. If you want to get tricky you can use some flash to fill certain images.
Tip: Don’t forget menus, stage setup and any branding around the room.

As guests have taken the time to get dressed up and socialising with friends and colleagues it’s a great time to capture them at their best before the head into the main venue. If using a wide angle lens, try not to use the wider end as it distorts the photo and makes people look rather out of proportion.
Tip: Have your settings ready to shoot the photo instead of making guests stand around waiting for you. It’s a good idea to try get 2 shots per group in case somebody blinks.

When photographing couple or groups, make sure you fill the frame. Don’t centre guests with half the ceiling in your shot. Instead, fill the frame and have their heads about a third of the way down from the top.

Deer in the headlights

The best way to using a flash is to use it with a diffuser. I’ve tried different methods over the years and so far I’ve found the Gary Fong Lightsphere the best to use. If you point your flash directly at your subject the light will be harsh and most likely cause red-eye.
Tip: Try slowing your shutter speed down to get some background ambient light in your shot.

The benefits of having a zoom lens like the 70-200mm is you can capture some great candid photographs without people knowing you are even there. When possible try and capture the photo with only the ambient light, this gives it more feeling and mood.

Tables photos are a pain, period. Why? You need to time your photos so you don’t interrupt people eating. So you have a limited time to go around taking your shots between meal breaks. Most guests are already settled in their seats and have no desire to get up and smile for a photo. Table photos are always easier with 2 people and this is when an assistant comes in handy. One person stands in position with the camera and the other asks the guests to move into position and sometimes remove the table number and centrepiece if possible. Now there are two ways of taking table photos.

The whole table: To photograph the entire table in one shot, it is best to get half the table to stand up behind the other half who are seated.

The couple’s table photo: Unfortunately, guests may be reluctant to get up off their seat and use every excuse under the sun. So, if this is the case you can take the shot across the table and photograph people in couples or triplets, sometimes even a small group of four.

The most important part of the event is what is happening on stage. After all, it’s where everybody is looking when something is happening. The lighting is usually better on stage and you can photograph people and performances using available light. You will however battle with different coloured lights when performances are going on.

If light is limited, try and stand under the main lights that are pointing at the stage. This will hopefully give you enough light to shoot without a flash. But should the need arise and you need the flash try not to be annoying and flash it every few seconds.
Tip: A combination of wide angled and close up shots will provide you with better coverage of the event. 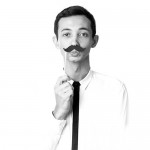